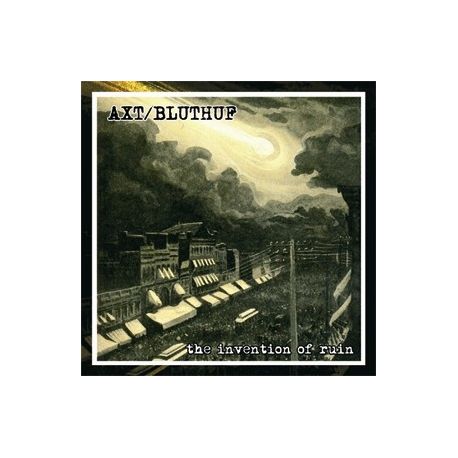 AXT / BLUTHUF split 7" - Vinyl - AXT - Hardcore from Neubrandenburg, Germany. After two split 7”´s with FUBAR and WHAT IF GODS LIE comes now a 3rd split 7” from AXT. Raging, dirty Hardcore with some Grindcore influence that bring the power you will like. 6 short and fast songs in 6 min. In 2011 they were on Germany tour with THE HORROR. www.axtsucks.net BLUTHUF have their first 3 songs on vinyl. Playtime is around 8 min. So, no Grindcore. You will hear fast Hard-/ Crustcore. A new band from Berlin / Prenzlau with old men that you will know. 2 guys from AUTORITÄR and 2 guys from EGAL with the singer from LAZY MAN´S LOAD. 3 different songs in the same sound and great recordings. The first one is fast and kind of chaotic with smashing breaks in the middle but still Crustcore. The 2nd have danceable rhythms for pogo or circle pit. The 3rd is furious HC with a slow part and duelling guitars on the end. Lyrics in german. www.bluthuf.de